Former Texas Longhorn and NFL player (Chicago Bears, Green Bay Packers, Cincinnati Bengals) Cedric Benson was arrested in Austin, Texas for public intoxication. Austin police say that Benson was arrested after he police witnessed him having a verbal disturbance with a woman in a cab. Austin Police Department spokesman Traver Stefan noted, “a lot of the times we make those [public intoxication] arrests if we are not able to find alternative forms of transportation.” 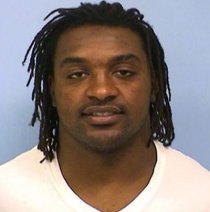 Under Texas Penal Code Ann. § 49.02, Benson committed a crime if he appeared in a public place while intoxicated, to a degree that he may have endangered himself or another person. If convicted in court for this offense, Benson faces a maximum penalty of a $500 fine (Texas Penal Code Ann. §12.23).

While Benson may have been causing a commotion, the burden on the Texas prosecuting authorities is high. First, they must show that this incident occurred in a public place. Under Texas law, a public place is any place where members of the public have access to it such as streets, buildings, schools, et cetera. As the arresting officer noted the verbal disturbance occurred at the 900 block of North Lamar Boulevard while Benson was in a cab, this fact may be contested as the inside of a cab may not constitute a public place.

Next, the State of Texas must show that Benson was intoxicated; under Texas public intoxication law, “intoxication means Benson must have had a blood-alcohol level of .08 or higher – the standard similar to what people are familiar of being the legal limit in a DUI/DWI/OWI. Without Benson providing a breath sample into an intoxilyzer, this seems like a very high standard for a prosecutor to meet. Normally during a DUI/DWI/OWI investigation, law enforcement officers attempt to obtain a breath sample by having a suspect blow into an intoxilyzer (or similar device); law enforcement usually perform field sobriety exercises (such as the walk-and-turn exercise) as well.

The arresting officer here would solely be able to testify to possible signs of impairment Benson exhibited such as an odor of alcohol, slurred speech, flush face, bloodshot eyes, but would never be able to meet the burden of proving Benson’s blood-alcohol level was at .08 or above – based upon Austin Police Department spokesman Traver Stefan’s statement, it doesn’t sound like those arrested for this crime are commonly afforded the opportunity to provide the breath sample as police are simply making these arrests to get the person off the streets.

Let’s hypothetically say Benson did provide a breath sample, the State of Texas would next have to prove that Benson may have been possible danger to himself or others. This standard is subjective to the arresting officer, and the arresting officer in this case could simply state Benson was affecting traffic due to this commotion causing people to stop and stare; it is possible a traffic accident could have occurred by people distracted by the commotion Benson was committing.

Ultimately if the State of Texas cannot prove that Benson was intoxicated and/or cannot prove he was a danger, Benson should be acquitted of these charges. It seems like this case falls in the category of “you can beat the case, but you can’t beat the ride.” Even if convicted, Benson faces a maximum penalty of a $500 fine pursuant to Tex. Penal Code Ann. § 12.23.

In order for the State of Florida to prove a person guilty of disorderly intoxication, the State must prove three elements beyond a reasonable doubt:

3. AND caused a public disturbance

Here, there is no legal standard for the degree of intoxication, just that an officer is able to note enough signs of impairment to believe someone was intoxicated. Also, unlike Texas, in Florida the State is not required to prove the defendant endangered the safety of another person – they can prove the defendant was drinking in a public place and simply caused a disturbance. These slight variations could very well be the difference to Benson being convicted in Texas versus Florida.